The popular Youtube sensational singer, Shirley Setia who got viral for her soulful voice and cover songs on Youtube, has finally released the much-awaited, Tere Naal Rehniya, alongside singer Gurnazar Chattha.

The song titled ‘Tere Naal Rehniya’ has been released on Youtube and Shirley Setia cannot get over the feeling of releasing it. In the description of the song, the singer expressed that she’s nervous and thrilled at the same time on this occasion. She also went on to extend her sincere thanks and gratitude to all the fans for loving and supporting her throughout this long journey.

Gurnazar Chattha and Shirley Setia have also worked on the song ‘Koi Vi Nahi’ released 3 years ago. Released through one of the biggest music labels of the industry, Speed Records, the song went on to garner about 150 million views on Youtube. Now, after a long gap of 3 years, Shirley and Gurnazar’s magical duo is back once again to rule over the audience’s hearts.

Gaurav Dev and Kartik Dev have given the music and Gurnazar has collaborated with Gaurav Dev for the composition of the song, Tere Naal Rehniya. Robby Singh has held the music video direction department of the song and delivered a beautiful video.

Shirley Setia went on to become one of the biggest YouTubers of the country from just a small webcam shot video back in 2013. Her musical journey has been nothing less than pure inspiration. As of now, she has over 3.74 million subscribers on Youtube. The song Tere Rehniya has also been released on her own official channel.

Listen to the full song here: 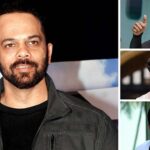