Punjabis and their obsession with desi ghee and street food is an inseparable bond. Don’t believe us, try it on your own. There is nothing better than freshly cooked street food, garnished with finely chopped onions & coriander and served with sweet and tangy sauces. Even one thought of your favorite plate of chat and gol-gappas is enough to water your mouth in seconds.

And this is exactly what made the Smart Singh Brothers brainstorm and finally decide to start working at a street-food stall. It’s the story of two young friends Guri and Mani who have gone viral after various food bloggers covered their story and business. They are also known as ‘Smart Sikh Brothers’ and are again in the limelight for their unique style of selling food. Both partners dress up in suits every day and come to sell street food in Mohali.

Starting with their journey, they belong to Patiala, and had come to Chandigarh to start their business. They have pursued a degree in hotel management and later worked in Domino’s Pizza as well. Not only this, the duo also worked for Nik Bakers as they were always fascinated with bakery and wanted to be skilled in the same field as well. But soon after all this, they decided to quiz, invest their 2.5 lakh rupees of personal savings in building a small business which has now become the talk of the town.

They sell street food items like Aloo Tikki Chaat, Dahi Bhalla Chaat, Bhalla Papri Chaat, Gol-Gappe and more opposite Gurudwara Singh Sabha in Phase 11, Mohali. They can be easily located at the outskirts of the neighborhood park. Talking about their daily schedule, they revealed they wake up at 6 in the morning, prepare fresh chutneys and ingredients for the day, which are all finished by the end of the day. Also, when asked about the reason behind their smart dressing, they replied by saying it’s a sign of hotel management, as in the course they were taught to always dress neatly and smartly while attending the customers.

They have also expressed how they had to start this journey all alone as their parents did not support them and wished them to do jobs. For the initial six months, they didn’t even let their parents know about what exactly they do in Mohali.  But today, the duo has become popular and their food is loved by the locals and bloggers as well.

They are well known for their behavior, clean and hygienic cooking and the absolutely satisfying taste of food cooked by them. Talking about their future plans, they said, they will surely expand once their business starts earning more than their needs.
These guys have proved that, ‘all you’re going to do in future is run stalls’, is no more an insulting comment. In fact it’s way better than working for someone who doesn’t even value your skills. 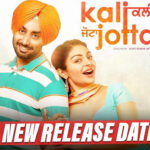 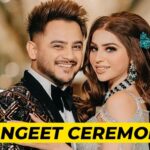