Punjabi singer Harrdy Sandhu has made a name for himself in the music industry with hits such as Soch, Backbone and more, but becoming a singer wasn’t his first choice.

Not many know that Sandhu was once an accomplished cricket player himself whose dream was to represent India at an international level. However, his dream of playing for India got a blow after undergoing an elbow injury, and he bid cricket adieu in 2009.

When he was playing for the Under-19 team, he got a back fracture, but he played against England and didn’t tell anyone. After that, the problem went on increasing and he was out of the team for six months to join a rehabilitation camp. Again, he joined the team and played for Ranji trophy and U-19 World Cup. Unfortunately, the turning point came in his life, he met with an elbow injury.

He further told, that he looked with many doctors but neither of them could diagnose the problem. He also went to Australia on a student visa but unfortunately, luck was not supporting him. During his stay in Australia, he used to sing songs while driving the taxi.

Fortunately, the singer went to see a doctor who used to be the physiotherapist of the Sri Lankan team. He started training and got back into the team playing the Ranji Trophy in 2009. But a week before the match, he received the same injury and he couldn’t play the match.

This blow of the bad news sent Harrdy into a depressive spiral. He says that he didn’t come out of his room for months and had no idea what to do next with his life. And then someday, he came to realise that only he could help himself to get better. Slowly, he started training to be a musician in 2010.

After that luckily for the pop star, the song titled Soch was a breakthrough hit and Harrdy has never looked back since. Now, the former cricketer-turned singer-actor has over a dozen chart-topping hits to his name. 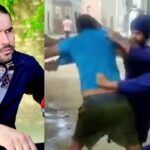 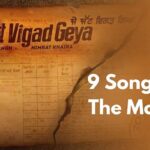