We all go through tough times. Even the most successful people in the world have to fight down days in their lives, and artists are no exception. The artworld is hard. But when you have great supporters then nothing is difficult. And the same happened with one of the indispensable lyricists of the Punjabi industry, Nirmaan.

The lyricist has garnered immense love from the audience with songs like Roi Na by Ninja, Bachalo by Akhil and many other heartwarming songs. The singer had to pass a lot of obstacles before gaining popularity. He once revealed that his friends helped him a lot and always supported him during his rough days.

The artist added, when he was doing a job, one of his friends named Inder called him and asked him to work together. He left his job and didn’t have a single penny. So, he stayed at his house. Inder used to feed him and took him everywhere. They used to enjoy it a lot and in return, his friend Inder never asked him for money.

And not only Inder there are many artists from the industry who supported him and stood br him. So, he feels lucky that each and every friend he has in his life is a blessing. They are his backbone who never disappoint him and cheer him up when was emotionally broken down. In fact, they spread positivity and delight him.

Hence, Friends in need are friends indeed! This is rightly applicable for the friends of Nirmaan who encouraged him to overcome his bad times. 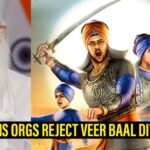 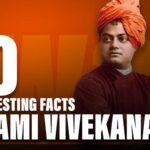