We have always loved both Babbal Rai and Pav Dharia for their amazing work in Punjabi Music Industry. Not only their songs are heart winning but also addictive. But do you know the first meeting of this duo was not very perfect? As Babbal Rai though Pav Dharia is very rude.

Then, Babbal Rai was trying hard to release his next song after releasing his first album which didn’t do as well as expected. And one of his friends suggested collaborating with a newcomer who was making great music. But Babbal didn’t want to work with a newcomer but for the sake of his friend the thought of meeting the new music producer, which fortunately was none other than Pav Dharia. But when Babbal reached his place, he didn’t like Pav as he didn’t even ask him for a glass of water. Babbal then unwillingly just dubbed the song for Pav making sure in his mind that he’d not work with him at any cost. But the next day when Pav Dharia sent him the song, Babbal Rai was impressed and decided to complete the song. Then the final recording was done and Babbal Rai made Pav Dharia do the music video of the song as well.

By the way this is a great example to prove that not everything that you believe is true. 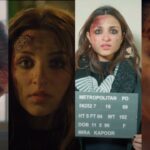 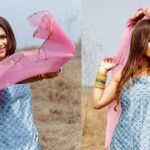