Due to the ongoing war between Russia and Ukraine, gas prices have been raised at unmanageable prices. But be it any problem, the pandemic, floods, war, the Sikh community has never stayed behind to help the needy people.

And once again, a sikh person has made the community proud. We are talking about the owner of Phoenix Gas Station in Osborn Road, Phoenix, USA, who is selling gas cheaper just to help people out.

Named Jaswiendre Singh, says he is selling gas for 10 cents cheaper than what he paid for it. He explained to Arizona’s Family, “Now’s not the time to make money. We have a lot of opportunities to make money. Right now, it’s time to help people; that’s it. That’s our goal.”

Singh who originally bought the store back in 2007 says that he wants to help the community whenever he can. This is not the first time he lowered the prices. During the recession in 2008, he cut off gas prices as well. He said, “Everybody has hardships right now. I’m trying to help people.”

ALSO READ| What This Sikh Bus Driver Did After He Was Offered $100 Will Move Your Heart! Read To Know

Selling the gas at lower prices means that Singh is losing on average about $150 per day. He explained that he doesn’t know exactly how long he can tolerate losing money at the pumps, but he will try to help people out for as long as possible. Singh said, “Communities help each other.”

Hence, it has been proved once again that no matter the reason is natural disasters or the protests or pandemics, the Sikhs know how to serve people relentlessly and selflessly. 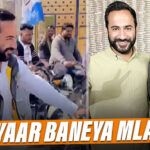