A 29-year old engineering student, K Parveen, from Thiruthangal in Virudhunagar district of Tamil Nadu has a 10.8 cm long tongue. Which, perhaps, makes him eligible for the World Record of the World’s longest tongue. The previous Guinness record for the longest tongue in the world is held by a man with a 10.1 cm long tongue.

K Parveen is a student of BE robotics and entered the Asian Book of Records on February 27, 2020, for touching his nose with his tongue 219 times in a minute. The youth might be eligible for the World Record for the longest tongue but he says that approaching Guinness Book requires money and for this reason, he is trying to collect funds.

The tongue is not only good for being the longest in the world, but is also an asset for the youth. He can write letters with the tongue and can even paint with it. According to Parveen, his tongue has never been a discomfort for him and has only proven to be a worthy asset to him.

Parveen first realized about his extraordinarily long tongue when he touched the side of his nose and his elbow, effortlessly, with the tongue. It was then when he realized that his tongue was not just a regular tongue but a wonder.

If the 10.8 cm measurements are correct, Parveen, without any doubt is the World Record Holder for the longest tongue. He only requires a Guinness Book certification to prove himself. 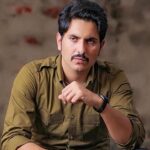 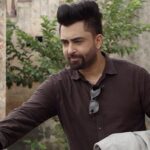