Indian weightlifting champion Mirabai Chanu made it at the Commonwealth Games 2022 in Birmingham. She brought home India’s first gold medal last week. The Olympic silver medallist smashed the Commonwealth and Games record in snatch, ending with a total lift of 201kg (88 kg 113kg) at the showpiece event.

Mirabai Chanu, 27, added a third Games medal to her resume, having won silver and gold in the Glasgow and Gold Coast editions respectively. Social media went crazy to laud the success of Chanu and one of her admirers was Chris Hemsworth aka Thor who praised the Indian legend but with a twist.

“Time for Thor to give up his hammer,” wrote a fan tagging Hemsworth, who plays the Marvel character Thor, in his tweet marking Chanu’s incredible performance at the Games. “She is worthy! Congrats, Saikhom, you legend,” Hemsworth responded.

She is worthy! Congrats, Saikhom, you legend.

In reply, Mirabai Chanu wrote, “Thank u so much @chrishemsworth Always love to  watch you.”

Thank u so much @chrishemsworth Always love to watch you. https://t.co/RFNWiDd11Y

Mirabai Chanu belongs to Manipur in North East. She has earlier won a lot of medals as well.  Her first win was a silver medal in the 48 kg weight category. She has also participated in 2016 Rio olympics, 2020 Tokyo olympics as well.

Chanu has won the gold medal in the 49 kg category at the Commonwealth Games 2022 held at Birmingham, England. She lifted a total of 201 kg in snatch. 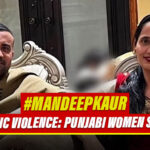