A great piece of news for all the cinephiles. As Salman Khan’s most anticipated film Tiger 3 has finally got a new release date. The film which was scheduled to release in December 2022 will now release on Eid 2023. While fans have been eagerly waiting for an update on the Katrina Kaif and Salman Khan-starrer, the makers have finally announced the new release date of the movie. Tiger 3 is all set to hit the theaters on 21 April 2023. Apart from this, Salman has also shared the teaser of the film which is making the fans go crazy.

Speaking of the teaser, it opens with Katrina practicing a knife fight with stunt supervisors. We later see Salman taking a nap on the side. Katrina then walks towards Salman and asks him if he’s ready, Salman says, “Tiger’s always ready.”

Meanwhile, Tiger 3 is the third installment of the Tiger franchise after the success of Ek Tha Tiger and Tiger Zinda Hai. In the films, Salman plays the role of Indian spy Avinash Singh ‘Tiger’ Rathore, who falls in love with a Pakistani spy Zoya Humaimi (Katrina). And this time it’ll be even more special as it will also star Emraan Hashmi in a pivotal role.
Not only this, Shah Rukh Khan will also be seen in a cameo role, and on the other hand, Salman will do a cameo as Tiger in Pathan as well. 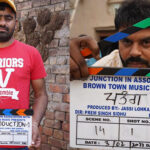 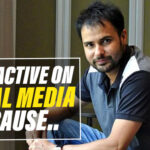