The song will be the title track and the first song from Ranjit’s album. The music has been produced by Desi Crew so the expectations are already as high as one can imagine. Bunty Bains has composed the song and has also written the lyrics for the song. Aveera Singh Masoom will be seen as the female feature in the title track.

The video of the song has been directed by music video director Teji Sandhu, who has made Punjabi Music listeners, his fans through his recent work. Punjabi music fans are really happy with this year as big artists have announced their albums and many of them have even started dropping the tracks.

Ranjit Bawa had also announced the album ‘LOUD’ through a post a few months ago and today, the public demand has finally been fulfilled. Ranjit Bawa’s debut album ‘Mitti Da Bawa’ is still considered one of the best in the industry. The album has won a number of international and national Best Album Awards at various music awards.

The hopes from Ranjit Bawa album are as high as possible. Ranjit has never disappointed his fans with his work and surely he isn’t going to do it this time too! 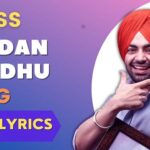 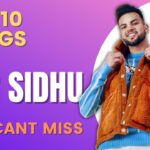