Yahoo is a popular search engine used in India. And now Yahoo’s Annual list of Most Searched is all over the internet. People are keen to know who has topped the different categories.

And before starting we must say that Tarak Mehta Ka Ooltah Chashmah is definitely an evergreen show. We are sure you’ve heard of it many times before and there are possibilities that you have watched it too. The show has bagged number one position in India’s most searched Films and TV shows. And guess what? The show Tarak Mehta Ka Ooltah Chashma has left behind many popular shows including Bigg Boss and Mirzapur too. After TMKOC, number two and four positions were grabbed by superhit mythological shows Mahabharata and Ramayana. Talking about the number 3, it was occupied by late actor Sushant Singh Rajput’s Dil Bechara.

Do not lose your calm yet because we still have a lot more to tell you. In the number five position is the TRP king The Kapil Sharma Show, followed by Tiger Shroff and Shraddha Kapoor’s Baaghi 3 at number 6. And the 7,8 & 9 positions are held by Bigg Boss, Street dancer 3 and Shakuntala Devi. The music awaited and in demand series Mirzapur was at number 10.

Lockdown and a lot of free time made us all binge watch and search for entertainment. Let us know which of the mentioned Films or TV Serials includes your contribution too?

Also Read : Kangana Ranaut Got Into An Online Argument With Jasbir Jassi 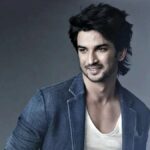