The Farhan Akhtar and Mrunal Thakur starrer Toofaan, after much wait, has finally released on OTT streaming platform Amazon Prime Video. The movie was postponed manier times but now has been released. It is a remake of the Punjabi superhit movie Rocky Mental starring Parmish Verma.

The movie basically revolves around boxing and the rise of a street thug as an ace boxer and his life. In addition to falling in love with boxing, Aziz Ali aka Ajju Bhai (Farhan Akhtar) also falls in love with a doctor at a charitable institution, Ananya Prabhu (Mrunal Thakur).

The first hour of the movie is very engaging to the audience. Farhan and Mrunal’s screen presence and marvellous acting skills keep the audience up for what’s coming. This part shows the initial stages of the rise of Aziz Ali. He struggles in the boxing ring but draws motivation from his beloved Ananya. This part of the movie is light and entertaining to watch.

The movie then takes dramatic turns after the 2 hour mark. Toofaan is one long movie and goes on for 3 long hours. While the first two hours do not feel boring at any point, it is the third one that makes you realize the movie is so long.

Farhan, Mrunal and Paresh Rawal, the trio did what was expected from them. All the three artists delivered the best to their potential and there wasn’t anything lacking in their performances. The plot of the movie is good in most of the parts but might feel too long at some point to the audience. Overall, Toofaan is a good option for spending your evening freetime and will keep you stuck to the screens. The movie isn’t going to let you down. 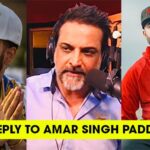 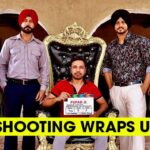