These two did their MBA together from an Australian University, were selected for the elite Indian Administrative Services the same year and were allotted the same cadre. Not surprisingly they married and lived happily ever after till Income Tax officials came calling and the Anti-Corruption Bureau slapped a disproportionate assets case against the serving IAS couple in 2010. But when Tinu Joshi (61) appeared before the court after evading arrest for 10 months, she was alone and on a wheel chair. Arvind, her husband, was absconding. Her lawyer pleaded that she was unwell and required treatment but the bail prayer was denied and she was sent to jail. Shockingly, as the wheel chair was lowered from the ambulance and wheeled to the gate, she dropped her guard and walked into the Bhopal central jail holding a bottle of mineral water.

IAS Arvind Joshi and his wife Tinu, both of the IAS 1979 batch, were raided by income-tax department in 2010. Officers seized Rs 3 crore in cash and documents related to multiple assets.

Joshi had surrendered before a district court in 2015 after Supreme Court rejected his bail plea on the grounds he had been on the run and evading probe agencies for a long time. He had moved SC for anticipatory bail in a Rs 42 crore disproportionate assets case after dismissal of his plea by Madhya Pradesh high court. Recently on March 6, 2022, the Ex-IAS officer Arvind Joshi (68) died during his treatment at a private hospital in Delhi.

Nitesh was posted as Deputy Collector from 1988-2010, and was suspended following charges of corruption. After conducting a raid at his flat in Mumbai ACB it was discovered by ACB that Thakur had assets worth over 200 crores that too within 12 years of his service. 10 luxury vehicles were also found. When he was a collector of Alibaug, he tampered with the land records. After that he got suspended. He established several shell companies, while still in service, and collected 300 crores. Nitesh Thakur had fled abroad before the initiation of an investigation by ED. He is one of the most corrupt IAS Officers the country has ever seen.

After clearing the UPSC exam in 1971, Neera got her home state UP as service cadre. Her name is involved in various land scams in UP and NCR. Neera Yadav was convicted by the CBI court in 2012. She maintained close political contacts, due to which the authorities were reluctant to investigate her. In August 2017, the Supreme Court of India upheld the two-year prison sentence. Earlier in 1996, Neera was declared the second most corrupt IAS officer of the state by the UP IAS Association. Mulayam Singh Yadav made her the Chief Secretary of UP in 2005 despite several serious complaints of corruption against Neera Yadav. Post retirement, she joined the Bharatiya Janata Party in 2009 but resigned after Media questions over the decision. In December 2010 Yadav was sentenced to four years’ rigorous imprisonment after being convicted of misusing her official position as IAS officer of Uttar Pradesh to fraudulently allot land in Noida to Flex Industries, owned by industrialist Ashok Chaturvedi.

The Uttar Pradesh IAS Association in 1996, had allegedly described Akhand Pratap Singh as the most corrupt IAS officer in the country. There was a demand for investigation of all his assets, which was refused by the then Chief Minister Kalyan Singh. The central government had sought permission from the state government for a CBI probe against Akhand Pratap, which was then rejected by the then Rajnath Singh government. After this, Mayawati, who came into power, not only turned down another demand for a CBI inquiry, but also withdrew the vigilance cases against him. Mulayam Singh Yadav, who came to power after Mayawati, was more kind to Singh. He made Akhand Pratap as the Chief Secretary of the province and with the consent of the Central Government also gave him extension of service. Akhand Pratap Singh, who was expert in handling different political masters during his service, finally came under the clutches of CBI after his vacation. The CBI investigation revealed that he had acquired disproportionate assets during his career spanning thirty years. His properties included a large majestic kothi, four other houses, four plots, four flats in Gurugram, Rs 82 lakh in cash, 13 vehicles and a lavish farmhouse near Lucknow.

A Mohan is one of the famous IAS officers in the country. The anti-Corruption Bureau detected and seized huge property from East Godavari Deputy Transport Commissioner A Mohan during a guerrilla operation in Andhra Pradesh in the year 2016.  Mohan had movable and immovable assets worth Rs 800 crore in many states. During the operation, 2 kg gold and 5 kg silver were recovered from him along with papers of 14 flats. According to the report, Mohan had formed eight shell companies in the name of his elder daughter Tej Shree, and the cost of which was estimated at Rs 100-120 crore. Officials said Mohan has assets worth Rs 800 crore at market value, the document value of his properties is between Rs 100 crore and Rs 120 crore and that several bank lockers are yet to be opened and searched.

In 2012, the former MD at Khadi Gram Udyog was given a five-year jail term and fined Rs 10 lakh by a Delhi court for possessing disproportionate assets of over Rs 52 lakh. He was an IAS officer of 1971 batch (AGMUT Cadre), who had also worked as Delhi’s Chief Electoral Officer. The CBI had alleged that after becoming an IAS officer in 1971, the value of his assets grew from Rs. 46 lakh to Rs. 1.3 crore, which was highly disproportionate to his known source of income.

The Chhattisgarh Government in 2010, suspended Babulal Agrawal, a 1998 batch IAS officer who was then serving as the State Agriculture Secretary. In IT raids, it was found that his total assets were inflated to more than Rs. 500 crores. In his 446 Benami bank accounts, he had Rs. 40 crores. Also, he owned 16 shell companies, which he used for hawala transactions. After a thorough investigation, the Enforcement Directorate attached his properties.

Subhash Ahluwalia, a senior IAS officer of Himachal Pradesh, was the Principal Private Secretary of former Chief Minister Virbhadra Singh. He and his wife (a college principal) were questioned by the Vigilance Bureau over charges of amassing disproportionate assets. They were later suspended from their service and arrested by the Anti-corruption Bureau.

He is a retired IAS of Kerala cadre. Since 2003 his name has cropped up in many controversies. His name appeared in abetting Hindu-Muslim riots in Marad when he was serving as the District Collector officer. With the Palarivattom flyover corruption case, the retired IAS officer now faces 34 Vigilance Cases, Vigilance Enquiries and Quick Verifications. A native of Kottarakkara, he retired from service last year after being charged with amassing wealth disproportionate to his known sources of income. Though there were several recommendations to suspend Sooraj from service including by former Vigilance Director Siby Mathews, he was strongly backed by political fronts. Started as a forest ranger, he was conferred IAS in 1994. The controversy started to surround Sooraj since 2002 when he was appointed the District Collector of Kozhikode.

IAS Pooja Singhal (Jharkhand) has been trending all across the media for past few days. The Enforcement Directorate (ED) has seized over Rs 19 crore in cash from two close aides of Pooja Singhal. The money was recovered during the searches carried out by ED in connection with a case related to corruption and misappropriation of MGNREGA (Mahatma Gandhi National Rural Employment Guarantee Act) scheme. The agency seized a total of 19.31 crore, of which 17 crore was recovered from the premises of Pooja Singhal’s chartered accountant, Suman Kumar. Additionally, Rs 1.8 crore was allegedly recovered from another location. “Incriminating documents have also been seized from the residence of IAS officer during searches,” added an ED officer.

So these are the ten most Controversial IAS officers who have been linked with several controversies. 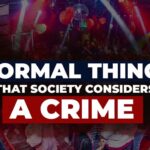 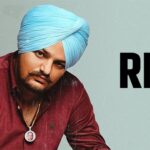