Amazon Prime Video is the current favorite of youngsters, as it provides a huge variety of content to entertain us. And if you love Punjabi movies then you might feel good to know that we have the collection of top 10 movies you can watch on Amazon Prime Video. Read further so that you know which one you are going to watch first.

One of the latest releases in 2020 of Punjab Cinema is this beautiful film Sufna. It stars Ammy Virk with Tanya in the lead roles with a very simple and innocent love story. But because every love story has to go through some difficulties, there are few here as well. Watch it and you will experience one of the most beautiful love stories of Punjabi Cinema.

We Bet You Didn’t know these facts about ‘Sufna’

Carry on Jatta 2 is one of the most entertaining movies Punjabi Cinema has ever made. With a super fantastic star cast to a super interesting storyline, this movie never fails to entertain the viewer.

Also, you can know about the super interesting off-screen facts of the film here,

Carry On Jatta 2 completes 2 years! Here are some interesting facts.

Ardab Mutiyaran is a woman-centric film starring Sonam Bajwa, Mehreen Pirzada, Ajay Sarkaria, and Ninja. Based on the struggles of a married girl to live her life in her own way. Sonam Bajwa’s performance and character in the film are really strong which is a motivation for all the girls.

Based on the lives and struggles of people who migrate to other countries to run their livelihood, is this film, Chal Mera Putt. It stars Amrinder Gill, Simi Chahal, Iftikhar Thakur, Nasir Chinyoti, Akram Udas and some more artists, this film a beautiful story which will especially impress the people based in Punjab.

Muklawa released in 2019, starring Ammy Virk and Sonam Bajwa in the lead roles is a romantic film, perfectly combined with a comic drama. Based on the era of the 60’s this is a film which represents old faded traditions in a really beautiful manner.

When Gurnam Bhullar sent an embarrassing message to Sonam Bajwa!

The only thing which defines Vadhaiyan Ji Vadhaiyan is the compliment that this film is a complete and true entertainer. It stars Binu Dhillon and Kavita Kaushik in the lead roles, and watching this, you will not feel bored even for a moment and might need several breaks and rewind it again and again to laugh and giggle to satisfy your heart.

Why the sequel of Bambukat could never be made?

Ardaas is a really inspiring and motivating story of a government teacher to teaches people of a village good deeds and values. Starring Gurpreet Ghuggi, Ammy Virk, BN Sandhu, Karamjit Anmol, Mandy Takhar, and Rana Ranbir this film is a must watch.

Featuring the beautiful on-screen pair Diljit Dosanjh and Neeru Bajwa, Shada was a superhit movie of 2019. If you really enjoy them acting in comedy & romantic content, then you will definitely love this film.

Diljit speaks about the recent controversy about Rangroot!

You must have heard of Yaar Anmulle a lot of time, because this is a film that whoever watched could not forget ever. This super entertaining comedy film has a fantastic star cast including Harish Verma, Arya Babbar, Yuvraj Hans, Kajal Jain, Jividha Astha and Jenny. You would have to watch it if you really want to know why everybody can’t resist praising this film.

Rabb Da Radio 2 is a sequel of the 2017 film Rabb da Radio. Starring Simi Chahal and Tarsem Jassar in the lead roles, this film is a complete delight to watch. You may enjoy watching it even more if you have already watched its prequel.

These are some films which can help you make your weekends even more lively and entertaining. And you know what is the best thing about these? Watching these with your family is icing on the cake. We guarantee you will experience the best time together. 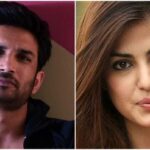 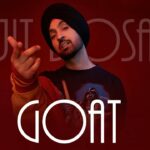