The World Sikh Organization of Canada has received a formal apology from the City of Toronto for “any delay” in rehiring the Sikh security guards who were fired from their job due to the “no-beard” policy.

According to a formal statement, as a fair accommodation for people who maintain beard as a tenet of their faith, the city will immediately enable “under-mask beard covers” starting effective Tuesday (local time).

The new method entails a tight-fitting covering knotted in a knot at the top of the head and worn over the beard, chin, and cheeks. Then, on top of that covering, is a N95 mask. Sharing the press release from the official handle of the “City of Toronto”, quoted:

“Update on the City of Toronto’s response to the World Sikh Organization of Canada’s complaint against contracted security guard companies. News Release:”

As per the press release of the City of Toronto, “the City of Toronto apologizes to the World Sikh Organization of Canada for any delay in addressing this issue and ensuring security contractors were offering religious accommodations.”

“Effective today, the City of Toronto will immediately permit “under-mask beard covers” as a reasonable accommodation option for individuals who maintain facial hair as a tenet of their faith and are required to be present at City sites with protective N95 respirator requirements. This includes contracted security guards at City shelter locations,” if further added.

Adding more, the release stated, “under-mask beard covering is a method of applying a tight-fitting mask over a beard that covers the chin and cheeks, and ties in a knot at the top of the head. An N95 mask is then worn over the cover.

The technique, also known as the Singh Thattha Method, is used by many Sikh people in the medical community and has been found to be highly effective in respirator fit testing.”

Below is the link of the press release of the City of Toronto: 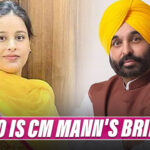 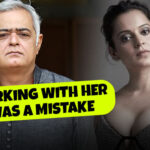