Amidst the Covid-19 outbreak, as per a city rule, all the security guards working at city shelter and respite sites must be clean-shaven, so that they’d be able to wear a tight-fitting N-95 mask. But this rule bas troubled the Sikh security personnel working across Toronto.

According to WSO (World Sikh Organization), since April, more than 100 Sikh security personnel have lost their jobs for not shaving their beards. A number of job sites have been inspected by city staff, and contract security companies have had their billable hours reduced because their employees are not clean shaven.

Security guard Birkawal Singh Anand, a Sikh, believes that asking a Sikh to shave his beard means asking a non-Sikh to peel off his skin. “When I was asked to either shave my beard or lose my job, I told them that I am a Sikh, and shaving is not an option for me,” said Birkawal Singh Anand.

“The City of Toronto and all of its contractors must uphold human rights and fully comply with all relevant legislation and City policy.

I firmly believe that no person should be discriminated against for their religious beliefs.”

“If anyone was fired, the contractor should immediately rehire those individuals.”

“I fully expect City staff to continue investigating this complaint and to make any and all changes necessary, up to and including legal action, to make sure Sikh residents and people of all religions are fully respected.”

The City stated that it had “ordered these contractors to accommodate their employees who have requested religious exemptions and to quickly reinstate any employee whose employment was terminated,” in a press release issued Monday evening. This follows a month of communication between the WSO and the City over the entire issue. 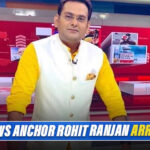 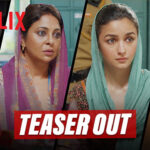