The Punjabi singers and musical artists have had enough warm-up and are now ready to rock in the ongoing season of releasing Albums & Eps. Various popular singers have announced their awaited musical projects, and one among them is Hustinder. The singer who has entertained the masses with his amazing songs like Gol Chowk and Pind Puchdi has announced his album ‘Young Once’.

Hustinder undoubtedly is a fan favorite artist and his name is emerging to be more and more popular among fans. So, to treat his fans with a surprise, the singer announced his new album ‘Young Once’.

And while his fans and followers were busy celebrating the announcement, the singer also released the official track list of ‘Young Once’. This album will consist of a total of 10 banger tracks by the artist.

Have a look at the tracklist of Young Once here,

Young Once will also mark amazing collaborations of Hustinder with various lyricists and music producers. While, the singer has himself penned the lyrics for Mittra’n De Circle, Challey Chamkila, Hub, Katal & She’s Proud, the lyrics of the rest of the songs are penned by Mandeep Maavi, Dean Warring, Rony Ajnali, Gill Machhrai and Gagg Brar.

For now, the exact release date of this album is not announced, but Hustinder has promised to reveal the details in a few days. For then, we have made peace with the fact that Hustinder’s Young Once is releasing in December 2022. 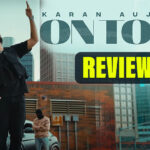 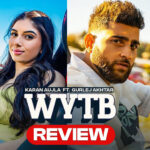