The Punjabi Film Industry is following the trend of making sequels to superhit movies. And soon you will get to watch the sequel of the superhit Punjabi movie Laung Laachi.

Laung Laachi 2 will star Ammy Virk, Neeru Bajwa and Amberdeep Singh in the leading roles. The same star cast from the 2018 superhit movie Laung Laachi is now all set to entertain the fans with a love triangle.

The makers have now released the movie trailer, which has grabbed the audience’s eyeballs. The Amberdeep Singh directorial looks like a super entertaining story with a unique love story.

Not only the trailer but the teaser of the film also has raised the expectations of fans. The unusual love triangle in this movie is going to be full of twists and hilarious turns.

The story of Laung Laachi 2 is going to be a dreamy tale of Ammberdeep’s love for Neeru Bajwa. But will his dreams turn into reality or will Ammy Virk win Neeru’s heart? Also, Amberdeep will play a thief in the film; on the other hand, Ammy Virk will portray a Pakistani cop. Hence, the competition between this chor-police duo is surely going to be next-level entertaining.

Also, one thing that needs special mention is the outstanding costumes of the characters which are effortlessly stealing the show on the screen.

The story of this film is written by Amit Sumit, Khushbir Makna, Amandeep Kaur and Amberdeep Singh. And we must say that Amberdeep has really put a lot of hard work and effort into the making of this project. He is not only the lead actor in this movie but also the writer and director as well.

The film is presented by Villagers Film Studios and is set to release on 19 August 2022. If you haven’t checked out the trailer of Laung Laachi 2 already, here it is; 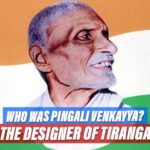 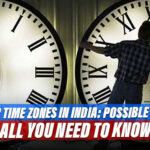