Gippy Grewal is all set to entertain his fans once again with another laughter ride this year. Yes, we are talking about his upcoming movie Honeymoon. The film will feature popular Television actress Jasmin Bhasin opposite Grewal in the leading role. Honeymoon will not only mark the first ever screen sharing of Jasmin and Gippy, but will also mark the debut of Jasmin in Punjabi Film Industry.

The fans were already excited for this film, because its title itself is really appealing. But now, the Honeymoon makers have decided to serve the fans with more about the film, hence the trailer of Honeymoon has been finally released on YouTube.

It opens with Gippy Grewal falling in love with the very pretty Jasmin Bhasin. The couple then gets married, and Gippy Grewal is seen promising to her better half that they will only make love during their honeymoon, and until then they will spend time with each other as friends.

But don’t be mistaken by thinking their honeymoon is actually going to be an easy one. Gippy Grewal’s family being a typical, old-school Punjabi tabbar, is not at all aware of what Honeymoon is all about. Hence, they decide to accompany the newly wed couple on their honeymoon. Yes, this leads to a hilarious trip of 13 people who are flying abroad to celebrate their honeymoon.

In this case, it will be fun to see how Gippy and Jasmin will steal time from their family to romance each other. The film surely is going to be a laughter ride, and we have high hopes from this one.

The trailer of the film surely looks great, and promises powerful family drama and a lot of comedy in it. We think we are in love with the film’s unique and hilarious storyline and great performances. Not only the leads, but every character in the film’s trailer seems to have justified their part really well.

Though we noticed Jasmin Bhasin almost had no dialogues in the film’s trailer, we wonder how her character will turn out to be overall in the film. Otherwise, we don’t really have any complaints, and are waiting for the film to release soon.

Also, we were kind of hooked to the chunks of film’s music which were teased in the trailer of Honeymoon.

Now coming to the credits, Honeymoon is directed by Amarpreet G S Chhabra, who’s known for directing many super hit Indian serials. Thr film is presented under the collaborative banner of T-Series and Baweja Studios. The film is set to hit the silver screens and entertain fans on 25 October 2022.

Watch the trailer of Honeymoon here, 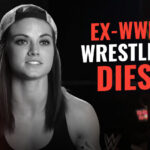