We are calling Gippy Grewal artist of the year because he is continuing to entertain his fans with amazing projects one after the other. Now, the multi-talented Grewal is all set to hit the silver screens with his upcoming movie Yaar Mera Titliaan Warga.

The film, Yaar Mera Titliaan Warga is set to release on 2 September and stars Gippy Grewal and Tanu Grewal in the leading roles. Actors like Karamjit Anmol, Raj Dhaliwal and Gurteg Singh will also feature in the film in pivotal roles. And keeping the excitement of fans in mind, the makers of this film have finally released the film’s official trailer.

We have actually enjoyed watching the trailer of Yaar Mera Titliaan Warga. The trailer has clearly narrated that the story of this film is going to be a hilarious desire of a married couple to find true love once again.

You might have heard mentions of ‘Pati Patni Aur Woh’ in various dramas and movies, and believe us, Yaar Mera Titliaan Warga is going to be a perfect example of the phrase.

The trailer of Yaar Mera Titliaan Warga opens with Gippy Grewal quoting four stages of a man’s life; love, marriage, having a child, and then finding love again.

The film will narrate the story of a man (Gippy Grewal) who wishes to feel in love once again, as he feels the spark has gone missing between him and his wife after having a kid. But after multiple failed attempts of wooing his wife, he along with his friend (Karamjit Anmol) plan to help him find new love with the help of Social media.

This is followed by Gippy’s wife (Tanu Grewal) raising an eyebrow at Grewal’s changed behavior. And eventually she also lands on Facebook with a fake profile. And this couple continues to chat and express love to each other on social media, without knowing they are actually talking to each other.

Meanwhile, what exactly happens between the two, and what obstacles they’d have to face in order to keep their secret, is all that the film is going to be about.

The story of this film looks inspired by a true incident which made headlines a few years ago. The viral news was actually about a married couple that had an affair with each other on social media without knowing it was their better half.

We truly are very excited about this movie which looks like a rollercoaster ride of humor and great comedy. With this, some emotions and a dramatic story will also compliment the watch experience of the fans.

Now coming to the credits of Yaar Mera Titliaan Warga, the film will mark the directorial debut of Vikas Vashisht. It will be released under the banner of Humble Motion Pictures, in association with Omjee Star Studios. The script is written by Naresh Kathooria and Gippy Grewal has produced the film along with Ravneet Kaur Grewal and Ashu Munish Sahni. 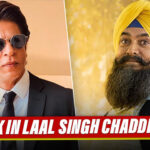 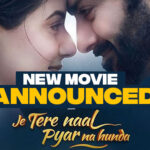