‘Tu Judaa’, an upcoming Punjabi film starring Dheeraj Kumar in the lead role has been announced. The movie has been produced by JB Movie Production.

It is the second film to be announced by Dheeraj in a span of two days. The actor had announced his debut film yesterday titled ‘Ruffal’. By uploading a post on his official Instagram account, the actor announced the movie.

The movie has been written and directed by Narinder Singh Sohi, who is a renowned director in the Punjabi industry. We will also get a chance to see brilliant actors like Manmeet Kaur, Preet Bath, Sukhjeet Anttal, Aman Kotish and various other artists in the movie. Veteran actors like Malkit Rauni and Gurpreet Kaur Bhangu will also star in the movie. Tania Khera and R. Bali have taken the burden of costumes of the actors in the movie.

The Hand-in-hand picture that Dheeraj shared over his Instagram to announce the new movie is already making strong love vibes. Dheeraj has always been seen in ruthless and action-packed roles. His character Shinda in the Punjabi movie-turned-web series, Warning, was a performance to remember.

We wish luck to all the ‘Tu Judaa’ team and hope Dheeraj Kumar will also prosper as much as a romantic superhero as he has in the action roles. 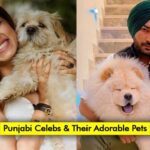 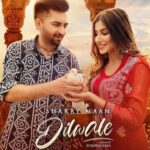