From an early age, Neeru was smitten by the glamour and charisma of the film industry and wanted to make acting her profession. Such was the impact of the world of films that she had little interest in studies. She revealed that she never got good marks and was always scolded by her father. She added that her father says ‘Zero Ban K Reh Jana Ae Zindagi Ch’. But she proved everyone wrong by becoming a household name. She has broadened her horizon and embarked her name in Punjabi industry, Bollywood and is ready to rock in Hollywood too.

ALSO READ | Neeru Bajwa Was Pregnant In Real Life During THIS Movie!

Hence, just an average student, Neeru dropped out of high school to pursue acting as her full time profession. She admitted that she studied till 10th and had a passion for acting which made young Neeru land into the industry.

Such was her deep-seated fondness to light up the big screen with her acting talent that Neeru soon started working towards attaining it. Though hard work pays, you need to be lucky as well to get an early break. 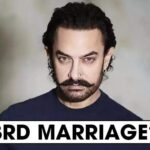 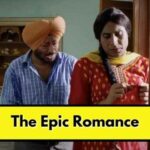