The Sukesh Chandrashekhar case has now become one of the trending issues across the media. Moreover, after renowned actresses Jacqueline Fernandes and Nora Fatehi, TV actresses Nikki Tamboli and Chahat Khanna are on the radar of ED and EOW. Furthermore, as per the India Today’s report, Nikki Tamboli received ₹3.5 lakh in cash and a Gucci bag.

Also read: Sukesh Chandrashekhar case: After Jacqueline Fernandes and Nora Fatehi, These 4 Actors On The Radar

According to the media reports, Nikki Tamboli, fpr her second meeting, went alone and met Sukesh Chandrashekhar, where she was given ₹2 lakh in cash, along with a Gucci bag. Similarly, as per the report of TOI, actress Chahatt also received ₹2 lakh in cash along with an expensive watch of Versace brand. Earlier, on December 15, 2021, Nikki Tamboli’s statement was recorded by the ED.

Similarly, Chahat Khanna recorded her statement to the Enforcement Directorate on December 16, 2021.  Furthermore, since Jacqueline Fernandes and Nora Fatehi accepted that they received lavish gifts from Sukesh Chandrashekhar, troubles for both the actresses seems to increase.

Now, Nikki Tamboli and Chahat Khanna seem to be in big trouble after the ED’s interrogation. Currently, conman Sukesh Chandrashekhar has been lodged in Tihar Jail. Sukesh is facing over 10 criminal charges against him. Furthermore, it’s interesting to see where the case goes and what more facts would come to the fore in the coming days. 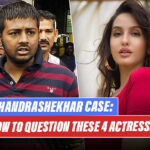 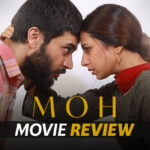