The five episodes of Pitchers Season 2 by Vaibhav Bundhoo are interesting, engaging and inspiring. While the four friends Naveen Kasturia (Naveen Bansal), Arunabh Kumar (Yogi), Jitendra Kumar (Jeetu), and Abhay Mahajan (Mandal) are already well-liked and appreciated by fans, we can see that Jeetu is absent from the second season. Ridhi Dogra, a new team member, is like a breath of fresh air.

Pitchers, an iconic TVF show that debuted in 2015, followed four friends as they left their 9-to-5 jobs to start their own business together. Seven years later, the story continues with the start-up’s survival in the fierce competition in season 2. The show’s unique selling point is its innovative business model and start-up culture.

The story has a lot of impact because it connects with the life journey and goals of millennials while focusing on the challenges of starting a business from scratch. There is a lot to learn from this journey, from four founders of the technology company Pragati to a team of 24.

In the venture directed by Vaibhav Bundhoo, the show’s creator Arunabh Kumar also portrays the ferocious co-founder Yogendra Kumar Pandey, also known as Yogi. CEO Naveen (Naveen Kasturia), who came up with the idea for the business, and marketing head Saurabh Mandal (Abhay Mahajan) are the other two co-founders. It is said that their fourth partner, coder Jeetu (Jitendra Kumar, who has been greatly missed this season), left the business six months ago. Since the first scene, the reason for his departure has been kept a secret. Start-ups in Mumbai, where there is a lot of competition, need investors to survive and grow.

In this season, the well-known monologue “Tu whisky hai” has been replaced by “Tu beer hai” from the pilot episode of the previous season. This is how the season begins, with Bhati, played brilliantly by Abhishek Banerjee, advising Naveen to approach challenges differently to be successful. Arunabh and his team of writers—Prashant Kumar, Shubham Sharma, and Talha Siddiqui—created a screenplay that delves deeply into the nitty-gritty aspects of being an entrepreneur. Throughout five episodes, each roughly drawn out, the show drenches us with a convincing story that seems genuine and engaging.

Each episode begins with a motivational quote filled with many funny, catchy one-liners, just like the previous ones.

Naveen Kasturia reprises his role as team leader Naveen, who is always willing to take risks and bear the heavy responsibility of making all important decisions. The team’s shield is Arunabh’s Yogi, who continues to be rude and careless. He is the one who always completes tasks. Abhay Mahajan’s Mandal is the show’s focal point and the team’s unifying force. Riddhi Dogra plays Prachi, Pragati’s investor, convincingly. Ashish Vidyarthi and Sikander Kher play the business’s big sharks well.

Their scenes are not long enough; If they had been given more screen time, that would have been ideal. The RRR (Ravi Ram Rastogi) video blogs by Gopal Dutt add humour to the story.

The background score by Bundhoo merits a special mention due to its skillful adaptation of the drama’s tone and seamless integration with the narrative.

Pitchers Season 2 is well worth watching in general. You’ll enjoy the series’ suspense and intrigue. In the series, Naveen, Arunabh, and Abhay are certain to please. The cameos by Ridhi Dogra, Ashish Vidyarthi, and Sikander Kher are the cherry on top. You’ll be thinking about having friends like the Pitchers co-founders by the end of the series!

ZEE5 and TVF are currently streaming Season 2 of Pitchers. Go watch it. 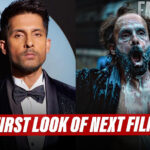