The captain of the Portugal Team who is best known for his fitness is making headlines these days. Yes, you are right we are talking about the most famous and fitness-conscious footballer of the world, Cristiano Ronaldo.

At a press conference in Budapest, the footballer puts the Coca-Cola bottles away and clenches a bottle of water up saying, “Agua” (water) in Portuguese in a sign that seemed to motivate people to drink water instead of other soft drinks. The video of the whole episode was shared widely on social media.

Moreover, Coca-Cola dropped its market value from $242 billion to $238 billion. That is $4 billion.

Also, Coca-Cola is one of the official sponsors of Euro 2020 which is why bottles were positioned for marketing on the table.

After what he felt for the carbonated drinks, it looks like the action has now shifted to the internet where memes and jokes are scrambling for leeway. Some people tweeted the reaction of Coca Cola Company, some have looked for falling over the stock prices of the company. Also, people have facilitated the footballer to show his choice.

After these memes by Twitterati, it appears as though Netizens have emerged as a true winner. 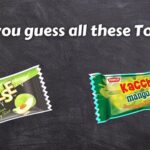 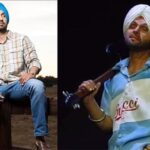