Uber and its drivers are undoubtedly meme material for netizens. You must have heard many tales of cab drivers being rude, canceling the rides, not picking up calls, and a lot more. But this time, it’s a positive story that’s going viral on social media.

Karishma Mehrotra, a Twitter user shared the screenshot of her conversation with her Uber driver in a tweet. And there was something in it that made headlines and made the netizens go crazy.

In the chat, Karishma asks for confirmation from the driver if he’s coming by writing ‘Aap aa rahe na?’. To this, the driver replied by assuring her that he will definitely come but with a twist. The driver honestly told Karishma that he will come but after finishing the paratha that he was eating. He replied by writing, “Aaunga hundred percent ek paratha kha raha hun aadha bacha… sacchai maine bata diya”

This screenshot is going viral on social media platforms and hundreds of people are appreciating the anonymous driver. Though Karishma didn’t disclose the name and picture of the driver in the screenshot, the people are highly impressed with his honesty and applauded him for the same.

Karishma too captioned the tweet by writing, ‘This is the type of honesty i hope to achieve in life’

People are calling the conversation adorably funny. And no doubt we all wish to get such honest answers from our Uber drivers. 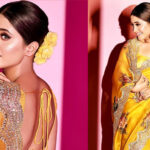