7 August, 2021 marked a historic day in the history of Indian sports. 23-year-old Javelin Thrower, Neeraj Chopra created history by winning the first-ever Olympics Gold Medal in athletics. With a throw of 87.58 meters, Neeraj Chopra earned the Gold Medal at Tokyo Olympics 2020 and the whole nation was up on their feet to celebrate this iconic chapter in Indian history.

The day was not only special for Neeraj Chopra and India, but also Punjabi artists, AP Dhillon, Gurinder Gill, Shinda Kahlon and Gminxr. ‘Brown Munde’ undoubtedly has to be one of the biggest songs ever in the history of Punjabi Music. The song did not only prove to be a breakthrough point for the artists’ careers, but took Punjabi Industry to its all time heights.

Just as Spotify brought out its 2021 wrap-up, it was revealed that the song ‘Brown Munde’ was streamed for an unbelievable 188,497 times, the day India won its first ever Olympic Gold Medal in athletics. The Party song was turned into a Victory Anthem as Indians celebrated the memorable win.

The song was released in the year 2020 and it is hard to believe that it is still on top of the charts in 2021. The craze for the song has still not died yet. As it is said, “Number Don’t Lie” and the numbers are in the favor of Brown Munde. Be it any platform, any part of the world, any culture, any region, Brown Munde has become a global vibe!

It is unbelievable how a Punjabi Party song became a celebratory victory anthem for the whole country. It is surely a proud moment for the whole Brown Munde Team. The Brown Munde are currently in India for their first ever tour – The Takeover Tour and it wouldn’t be an exaggeration to say that it is one of the best live concert tours we have ever seen in India. The future is surely bright for these young stars! 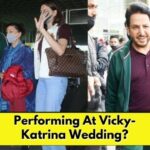