Uorfi Javed who is extremely popular and a much-loved social media influencer is known for her bold fashion choices. We all have seen her pictures and videos trending on social media and making headlines. But the actress doesn’t really care about what people have to say about her. But recently something happened that made Uorfi lose her cool. In some viral and trending videos, Uorfi can be seen lashing out at the media.

A video is going viral from the launch event of Sunny Leone and Remo D’Souza song ‘Naach Baby’. Uorfi attended the event in a hot backless olive green dress. In the video, Uorfi is badly lashing out at the paparazzi for commenting on her clothing.

Uorfi even played a video recording in which we can hear someone from the paparazzi saying, ‘Aaj Dhang Ka Kapda Pehen Ke Aayi Hai..’. To this Uorfi lost her cool and said, “Guys I am not coming here for this. Tumhein agar comment karna hai na toh apni girlfriend aur maa-behen ke ghar pe jaake karo. Mere kapdon pe koi comment nahi karega. (If you want to comment, go to your girlfriend or mother or sister’s house to comment on them. No one will comment on my clothes anymore.) One more comment from any one of you and that’s it. I give you guys so much respect and this is what I am getting back?”

She also went on to talk about the issue and said, “Jab mein Jhalak mein aayi thi, tum mein se hi ek banda comment kar raha hai ki main dhank ke kapde pehen ke aayi thi. (When I attended Jhalak, one of the people from you guys, commented that I had worn decent clothes that day).”

Moreover, coming to the viral video and the ‘Dhang Ka Kapda’ comment Uorfi is referring to, it is from the Jhalak Dikhhla Jaa premier bash. Uorfi graced the event in a beautiful blue dress which caught everyone’s attention for all the good reasons.

This is not the first time when Uorfi has raised her voice regarding something. She is one of the boldest and bravest people on social media, and she never hesitates in being upfront about her opinions. 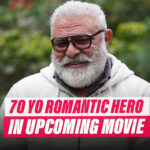 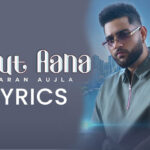