Uorfi Javed is one of the most popular and viral celebrities on social media. She enjoys a huge fan following and the media enjoys massive engagement through her content. Uorfi might stay the talk of the town for her bold fashion choices maximum times, but no one can deny the fact that her views and opinions are also as bold and strong as her outfits.

Recently, Uorfi Javed opened up and spoke about the brutal muder of Kanhaiya Lal in Udaipur. The 48-year-old tailor was murdered in broad day light as a revenge to disrespect Islam. In reality, the man had extended his support to BJP’s Nupur Sharma.

The two murderers entered his shop as customers and made a video while killing him. Not only this, the two men later boasted about their act and also released an open death threat to PM Narendra Modi. The duo has been arrested in Rajasthan and the investigation is on.

Coming back to Uorfi Javed’s comment on this heart-wrenching incident, the actress took it to her Instagram account and shared two stories. in the first one she shared a video of the two murderers and slammed them for killing an innocent man in the name of Allah. She wrote, ‘Where are we heading to! Allah didn’t ask you to hate and kill in his name.’

In the second story, Uorfi slammed people for letting religions take away their morality and ethics. She penned a long note reacting to the unfortunate murder and expressed her opinions.

“People killing and hating in the name of their religions and gods (their imaginary friends). Seriously like what. Why aren’t we talking about education, women empowerment, fast track cases for rapes, GDP. Religions were made so that people have moral and ethical sense.

In today’s time, your religion is taking away your morality and ethics! Extremism in any man-made belief such as religion will only cause destruction! Never too late. Open up your eyes people! I know I will be getting a lot of hate after this but guess that I am not filled with hate like you extremists”, the actress wrote.

Uorfi personally says she does not believe in Islam and follows no religion. She always keeps her views upfront on any issue or anything that triggers her. 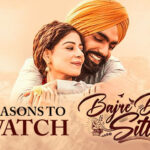 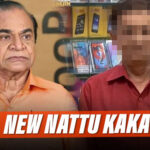