Uorfi Javed, the social media sensation works on every reason to make sure that she is trending all around. Be it her weird and sometimes astonishing fashion statements, bold opinion & statements or bashing the media, the actress is usually trending on social media. But right now, Uorfi is one again making headlines for an outfit she recently created.

We have seen Uorfi experiment with a lot of unexpected things like razor blades, glass pieces, wires and even wristwatches. But this time, Uorfi has used steel scrubbers, yes the ones that we use in the kitchen to clean the bartan with kadi chiknaayi.

Also Read: THIS Bollywood Actress To Star Opposite Mahesh Babu In SS Rajamouli’s Next?

Talking about how Uorfi styled the look, the Bigg Boss OTT fame actress paired the steel scrubbers with a pair of baggy beige pants.

Some are calling Uorfi a sasta version of Bella Hadid, while others are slamming her for inappropriate dressing. Have a look at some comments under the latest videos of Uorfi Javed in this regard.

Uorfi Javed, as usual, this time also has not reacted to netizens’ comments and opinions. In various interviews, she has addressed the massive trolling that she faces and said that she doesn’t care about what people think of her and have to say about her choices. 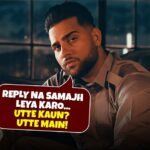 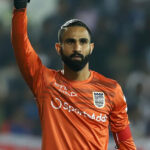