Popular Director of Punjabi Film Industry, Jagdeep Sidhu is popularly known for amazing filmmaking and his active participation on social media. He keeps updating his fans about his upcoming projects and more through his Instagram account. And recently he followed the trend of Instagram Q&A sessions and had a fun interaction with his fans.

In this last thread of his stories, we got to know about his upcoming projects, his wish to work with a Bollywood actress, Sidhu Moosewala and a lot more.

Starting from the most popular thing of the current time, a fan asked Jagdeep Sidhu about his favorite song from MooseTape. To this Jagdeep revealed that he liked 295 and Aroma the most from MooseTape.

Another user asked him about his plans on making any action movie and his favorite genre. To this, Jagdeep replied by writing, “all ready start work on an action film”. And he added to it that ‘romantic’ is his favorite genre of movies.

Jagdeep’s Insta Q&A session went a level up when a fan asked him about the actress he is willing to work with. To this, Jagdeep mentioned the name of Bollywood actress Taapsee Pannu. And not only this, but Miss Pannu also shared the story and gave an unofficial green flag to Jagdeep’s proposal by writing, “Will shill chaddo ji tusi bas script lae ke ao!“. Which meant, ‘Leave thinking about willingness, just bring me the script.”

This short public online conversation between Jagdeep and Taapsee and Jagdeep has made fans excited and willing to witness their great collaboration after their team work in the Bollywood movie Saand Ki Aankh.

But Jagdeep’s Q&A did not end here as well, the fans had a lot more to ask him about his upcoming movie Moh, dealing with negativity and more.

A fan asked Jagdeep a quirky question about Qismat 2. The fans became the representative of all Qismat fans as he raised the most appropriate question by asking if Qismat 2 will also make the audience cry?

To this Jagdeep also kept his reply savage, as he only shared a GIF sticker that says, ‘its okay to cry’, which means Qismat 2 is surely going to invite tears in our eyes.

We believe Jagdeep has revealed a lot and shared great things about his personal life and upcoming projects. And the fans also must be happy who got the response to their questions. 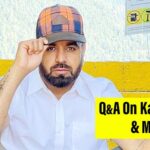 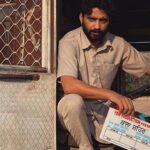