Both the lead Actors shared the poster of ‘Tere Layi’ on their Instagram account. The poster seems to be a tentative one but it revealed many details about the movie.

Music department of ‘Tere Layi’ is in the hands of Goldboy, AR Deep, Yeah Proof and Jassi Katyal while the lyrics for the movie’s songs are penned by Nirmaan,Jaggi Jagowal and Maninder Kailey.

Harish Verma and Sweetaj Brar starrer Tere Layi is made under the banner of Dmak Media House, Kharour Films, Fruitchaat Entertainment and Rahul Sharma Productions and will be distributed worldwide by The White Hills Studios.

Tere Layi, a beautiful romantic film as hailed by makers is scheduled to be released in theatres on October 7 this year. Harish Verma was last seen in Yaar Anmulle Returns released in 2021. Whereas, Sweetaj was the lead actress in Sidhu Moosewala’s debut movie ‘Moosa Jatt‘ released in October last year. 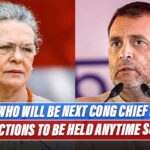 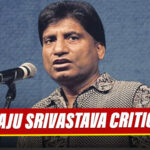