The title must have made it clear that we are going to discuss in detail about the Upcoming punjabi song ‘Sardari’.

The song in the voice of Manavgeet Gill will be released soon.

The most special thing about the upcoming project is that it is divided in three chapters. And we are sure it will be as exciting as it sounds right now.

The teaser reveals the Chapter 1 of the song is titled ‘Battle Drums’.

The project is written by Manavgeet Gill and Kanjhi Kumbhewal, while Jaymeet has prepared the music for the same and Tunisha Sharma will be featured in the music video.

Also, you will be surprised to know that the unique concept of dividing a project in different chapters is an idea of none other than Prince 810 who has also directed the upcoming project.

It will be released on 4th May on the official YouTube channel of Manavgeet Gill.

The fans are already excited for this song and have started the countdown as well.

Let us know if you think this unique and super exciting project will be appreciated by the audience? 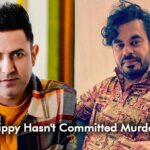 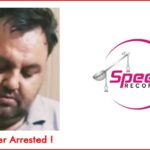