Actress and model Urfi Javed has always been a sensation on social media and the entire internet. She is known for the classy and super bold fashion choices which sometimes also fall prey to massive trolling.

But still, there are people who love and adore her for her straightforward nature. But do you know that from now onwards it will be a bit difficult to keep up with her name? Yes she will be on the internet and headlines the same way, but with not the same name.

Urfi Javed has recently changed her name and now she will no longer be called Urfi. The actress took it to her Instagram account and shared a story regarding the same. Urfi revealed that she has changed her name from Urfi to Uorfi.

She wrote, ‘Hi guys, so I’ve officially changed my name to UORFI, it’ll be pronounced the same as URFI! Just the spelling change. Just want everyone to be mindful while writing my name now so that even I’m mindful!  (keep forgetting at times) Thanku, Love, UORFI’

So if you find us writing about Uorfi, do not think that we have mis-spelt her name, because it is the official one now. Uorfi has also changed her name on Instagram and the fans and media portals will take some days to remember this new name.

Also Read: Did Zaheer Iqbal Just Make His Relationship With Sonakshi Official? This Video Says It All

On the other hand, Uorfi constantly makes headlines for the latest pictures and videos that she posts on her Instagram account. Some call her a fashion disaster, while others appreciate her bold and unusual choices. 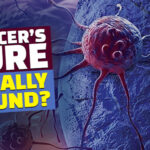 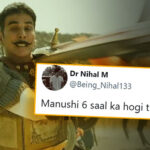