Recently a video of actor Urfi Javed has been making rounds on the internet. The video illustrates that Urfi got into a heated argument after a security guard stopped her from entering a venue as he failed to recognize her. After the clip went viral, Urfi took to her Instagram account to narrate her ordeal and clarified that the security guard behaved badly with her because she is not a “star kid, she does not have a godfather and bouncers with her 24*7, people think less of her.”

While expressing her feeling and explaining the situation, Javed wrote, “So what happened today was, I was invited for an interview to a place where the guards really misbehaved (physically as well) with me and the paps. Later they apologized and said it was a miscommunication.” She then added, “The fact that I am not a star kid or I don’t have a godfather and I don’t have bouncers with me 24*7, people think less of me. But let me tell me you guys, I’ve started from the very bottom and I’m proud of it”

In the lengthy note she also added that if she would have entered the venue with a very fancy car and bodyguards with her, this wouldn’t have happened. She said, it’s not like she couldn’t afford an expensive car but it’s just who she is. “I love traveling in rickshaws, Ubers coz I don’t really believe in showing off. Everybody deserves respect, even the reporters and the paps”, Urfi summed up.

For the unversed, it has been reported that a guard at the venue was incapable to recognise Urfi and asked her to step aside and pose for the paparazzi, not in front of the gate. She got confused and cried out at her team for not communicating properly. Furious Urfi Javed was seen screaming. on guards for not giving respect to her. 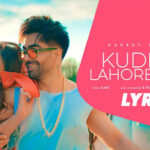 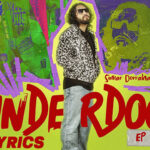