The audience were very excited as the release date of the upcoming Punjabi movie ‘Kali Jotta’ was announced yesterday. And today, at the sets of the movie, a mishap took place. The movie is currently in its shooting phase and an accident involving Vanity vans took place at the sets.

3 Vanity Vans were parked at the parking lot of the shooting location and a bus crashed into them. The bus collided with the three Vanity Vans and dealt heavy damage to them. The accident took place at the Khant Village, near Sanghol, Fatehgarh Sahib. The film is being shot at the same location from 6 September. The vans that were hit were parked on Highway No. 5 at about 4:00 am.

The bus that hit and damaged the Vanity Vans was actually a private bus, traveling from Chandigarh to Ganganagar. The positive about the event is that no casualties have been recorded, only physical damage has been dealt to the Vanity Vans.

Satinder Sartaaj, Neeru Bajwa and Wamiqa Gabbi starrer Kali Jotta is a much-awaited project that is set to release on 25 March 2022. It is being shot at the village of Khant, Fatehgarh Sahib, which is interestingly the homeland of the one and only Babbu Maan. Khant village lies very near to the historical village of Sanghol in the Fatehgarh Sahib district of Punjab.

The village dates back to the times of one of the earliest human civilisations, the Harappa Civilisation (Indus Valley Civilisation). Satinder Sartaaj is known to always deliver something completely unique, and his co-stars, Neeru Bajwa and Wamiqa Gabbi are some of the finest actors in the industry. Kali Jotta is surely going to be a movie to watch out for. 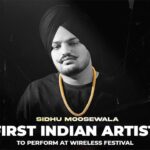 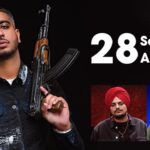