Last few months have been gripping for Punjabi singer Varinder Brar. For a brief time, the singer enjoyed the success of his song ‘12 Bande’ and when the song was topping charts all around the world, it was brought down from Youtube following a copyright strike! Later, Varinder was successful in recovering the song and it was available once again on Youtube.

What went side by side in this drama of removing and recovering the song, were allegations against the artist for copying the music of the song. Though the song’s Youtube description clearly mentioned that it was inspired by Shae OT’s Super Smash Bros Brawl Drill Remix.

ALSO READ | Varinder Brar Says,”Do Some Work, Then See You Later”, After Nseeb Mocks On His Song 12 Bande

Now! Varinder has put an end to all the allegations of copying Shae OT’s music with just a couple of Instagram stories. Music producer, Shae OT, himself texted Varinder on Instagram that his song ‘12 Bande’ bangs really hard. He praised Varinder for making the perfect use of his remix and giving it the shape of a song. Amidst the conversation, the two also dropped hints that a collaboration between the artists might be cooking up! Shae OT himself told Varinder that he is working on some music for the artist.

Varinder Brar uploaded another Instagram story, taking shots at all those blaming him for copying the music in his song. He even asked them to personally text Shae OT and confirm if the conversation really took place and if he had any problems with Varinder using his music. And, to confirm the authenticity of their personal chats, Shae OT himself added Varinder’s stories to his account.

So, the music that Varinder was blamed for copying, the original producer of that music has no problems with the artist using it. In fact, he is impressed with how Varinder created such a song out of his remix and is making another beat for the artist. This leaves no questions of blaming the artist for the song. What we should do now, is wait for Shae OT and Varinder Brar to come up with another dope banger together. 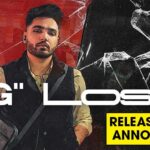 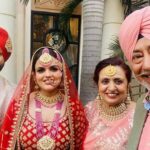