Dilip Kumar, one of the greatest Hindi actors to ever exist, has bid his farewell to the world today morning. Dr. Jalil Parkar, the pulmonologist treating Dilip Kumar gave the dejected news at about 8 a.m. today. The veteran actor died at the age of 98 and his death has caused a country-wide trauma.

Dilip Kumar was admitted to the Hinduja hospital, Mumbai on 30 June due to a prolonged illness. And today, he breathed for the last time at about 7:30 a.m. His friend Faisal Farooqui tweeted from the actor’s official Twitter handle to inform us about this tragic event:

Prime Minister Narendra Modi paid his final tribute to the legendary actor in a tweet:

The country can never forget the immeasurable contribution of Dilip Kumar to the Hindi Cinema. You will always be remembered! 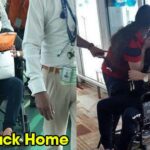