Vicky Kaushal, who has been marking his name in the headlines for one of the other news, resumed work on the shoots of his upcoming projects last month. After tying the wedding knot with Katrina Kaif, Vicky has barely taken a leave and immediately started his work.

But recently, the actor has landed himself into legal trouble. As many pictures and videos are flooding all over social media where Vicky Kaushal is seen riding a motorcycle with Bollywood actor Sara Ali Khan seated behind him, it has fetched legal trouble for the actor.

An Indore resident, Jai Singh Yadav, has filed a complaint against the actor. The complainant has alleged that the number plate used on the bike by Vicky in the viral picture is his and it is illegal to use it without permission. To news agency ANI, the complainant said, “The vehicle number used in the movie sequence is mine. I don’t know if the film unit is aware of it but this is illegal. They can’t use my number plate without permission. I have given a memorandum at the station. Action should be taken in the matter.”

Not only this, but Yadav also shared the photograph of the number plate of his two-wheeler with ANI.

Furthermore, “Responding to the complaint, Rajendra Soni, Sub-inspector in Indore`s Banganga area said, “We received a complaint. We will see whether the number plate was used illegally. Action will be taken as per provisions of the Motor Vehicles Act. If the film unit is in Indore, we will try probing them.” 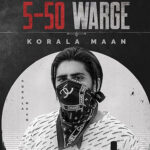 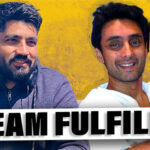