Bollywood’s heartthrob Vicky Kaushal came to the spotlight with his staggering exhibition in ‘Masaan’. The entertainer not just figured out how to impress the critics and group of spectators the same with his debut film ‘Masaan’, yet in addition he left no stone unturned to intrigue his audience.

Vicky always chose a wide section of film and shows the quality of being a versatile actor.  Vicky is a true ‘Punjabi’ at heart and there are no two ways about it. Sometimes he is captured grooving on Punjabi songs or heeding to them and this time again he did something similar like before.

Read To Know Who Is Playing Shaheed Bhagat Singh’s Character In The Upcoming Film, Sardar Udham

As his movie is doing round the corners, Vicky is all set to flaunt his inner Punjabi and promote the film in every way. He shared one of his perfect pictures on his Instagram story and used Jazzy B’s song ‘Udham Singh’. The song was released two decades ago in the movie Shaheed Udham Singh. Both the film and the song got immense love from the audience.

Further, after watching the trailer of the film, there is no doubt left that he is the perfect person to be chosen for the role. He has time and again proved that he can get into the skin of any character and own it like it was written for him.

His fans have showered love on Vicky’s act as a revolutionary and said that he will again bag a National Award for his impeccable performance.

Earlier he was snapped listening to Simiran Kaur Dhadli, Amrinder Gill and Wazir Patar’s songs. The actor has won our hearts many times and now he will steal it again with his upcoming film Sardar Udham releasing on 16 October.

Will Vicky Kaushal’s ‘Sardar Udham’Change The Way Punjabis Have Been Represented In Bollywood? 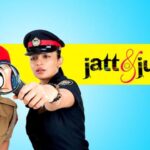 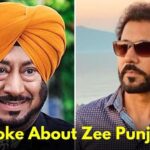