This time, they will be working on a sci-fi, based on Ashwatthama; a character from the divine Mahabharata. On the second anniversary on Uri, as on January 11th 2021, the team made this huge announcement and released the poster of the film.

Sharing the poster of The Immortal Ashwatthama on twitter, Vicky Kaushal wrote,

“Overwhelmed and ecstatic !
On the 2nd anniversary of ‘URI-The Surgical Strike’ , the team gives you a glimpse into the world of #TheImmortalAshwatthama
Cannot wait to get onto this journey with the dream team of
@AdityaDharFilms @RonnieScrewvala @RSVPMovies @soniakanwar22”

“Raising the bar higher for the superhero genre not only in India but across the world, this film is a high-concept visual spectacle in the making. From the team that brought to you URI The Surgical Strike, presenting @vickykaushal09 in and as #TheImmortalAshwatthama”

The film is expected to hit the floors by the end of this year, and can be released next year in 2020.

Are you excited to experience the Uri team together once again? Do you also think history is going to repeat?

Virat-Anushka Blessed With A Baby Girl. Shared The Good news 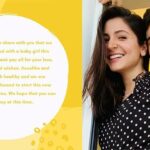 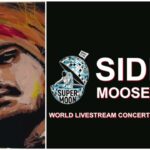