The upcoming movie Liger has been one of the most anticipated one ever since its announcement. The film stars Telugu superstar actor Vijay Deverakonda in the leading role with Ananya Pandey opposite him. The film is directed by Puri Jagannadh who has helmed amazing movies like Pokiri which was later remade into various languages.

The makers of Liger have recently released a new poster of the film in which Vijay is seen posing naked. It is an intense poster made using the dark shades of colors. Also, in the poster Vijay is holding a bouquet of red roses which is adding a touch of romance in the intense poster.

While sharing his first look on social media, Vijay has also expressed his feelings about the film. Vijay says, Liger is ‘A Film that took my everything. As a performance, Mentally, physically my most challenging role.’

Also Read: When Arjun Kapoor Was Left Clueless When Salman Khan’s Sister Arpita Broke-Up With Him

No doubt the new poster of Liger is super appealing and eye grabbing. While many fans including the Bollywood biggie Karan Johar have expressed their positive response to it. On the other hand, there are many people who seem not so impressed with it. Have a look at the mixed reactions of netizens on Liger’s new poster featuring Vijay naked.

Liger for now has managed to get its place reserved in the heart and mind of cinema fans. The film is set to hit the silver screens on 25 August 2022. We are eager to watch Ananya Pandey share screen with Vijay Deverakonda for the first time. 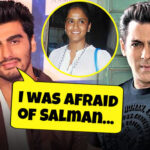 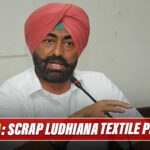