A throwback video going viral on social media shows Jagmeet Singh before he became the leader of NDP. The viral video shows Jagmeet Singh, wrestling against another wrestler in the ring in his old times. Jagmeet seems to be very swift in his moves. He takes down his opponents quite a number of times with a single-leg takedown move.

The wrestler is still a wrestler, just the set of skills required have changed. While the wrestling during his old times focussed more on the physical strength of the athlete, the wrestling of politics that he’s into today, requires more mental strength.

Jagmeet Singh has been leading the NDP since 2017 and has paved the way for the party to become the fourth-largest party in House Commons with 24 seats in the 2019 Canadian Federal Elections. He’s also the first ever Indo-Canadian to lead a major federal party in Canada.

Now, Canada is preparing for its 44th Federal Elections scheduled for 20 September, 2021. Jagmeet Singh, representing NDP, is a part of the race for the Prime Minister against Liberal Party’s candidate and present Canadian Prime Minister, Justin Tredeau. Erin O’Toole of the Conservative Party and Annamie Paul of the Green Party are the other two candidates in the race. 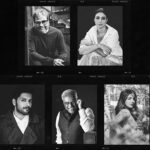 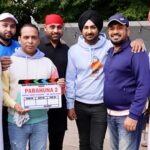