You might have seen many Bollywood and Haryanvi singers shifting from their respective music to Punjabi musical zone but if we tell you that mainstream Punjabi singers also have a vice versa taste in Haryanvi music. Isn’t it surprising! Punjabi singers Jassa Dhillon and Baani Sandhu together have a haryanvi music in their basket.

Jassa Dhillon’s last released album, Above All has a total of 9 songs. All of them are in Punjabi language, except, ‘Teekhe Nain’. Teekhe Nain was a collaborative track of Jassa Dhillon and Baani Sandhu in the haryanvi language. The lyrics and the vocals of the song were given by Jassa Dhillon whereas, Baani Sandhu propped as the additional vocalist.

Did You Know John Abraham Made His On-Screen Debut With Punjabi Songs?

Music of ‘Teekhe Nain’ was done by the amazing music director, Gur Sidhu. The album ‘Above All’ was released earlier this year and received a lot of appreciation and adoration from the music lovers. And as Teekhe Nain was made in haryanvi language, it got loved by both, Haryanvi and Punjabi music lovers. This song also got too much of drift on the Instagram Reels. But if you missed being with the trend previously, now we have got you this revelation about the song.

Hearing this, you must have been into a constant thought of how it was possible for Jassa to make such an accurate song in Haryanvi language. Then we must tell you that Jassa Dhillon hails from district Karnal in Haryana. So it isn’t that surprising to hear his knowledge of different languages.

The Ultimate Quiz For The Jassa Dhillon Fans. Can You Correctly Guess The The Lyrics Of All The Songs?

Not only Teekhe Nain, we have many previously released Haryanvi songs from Punjabi artists. Some are, ‘Lala Lala Lori’ by Jaani & Fazilpuria, ‘Balam Ka System’ by Fazilpuria & Afsana Khan ‘Nachne Nu Jee Karda’ by Sara Gurpal & Armaan Bedil and some more. 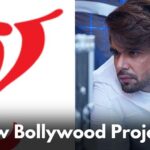 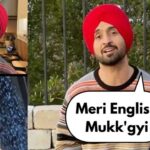