Two of the biggest gangs in Canada, the United Nations Gang and the Brothers Keepers gang are known to be eternal rivals. The two groups had been involved in a Gang-War for a long time. And as a result, a prominent member of the United Nations gang, Karman Grewal was shot dead in the Vancouver city of British Columbia province, Canada. The incident took place at the Vancouver airport. Karman Grewal had also been declared wanted by the Canadian Police.

The war started due to the murder of a member of the Brothers Keepers gang, Harb Dhaliwal. The murder resulted in heavy violence in the areas of Vancouver, Surrey and nearby areas. Everyday incidents of Gunfire were being reported.

And now, the murder of Karman Grewal took place. Questions are being raised on Canadian authorities. Vancouver airport is being guarded by heavy security and despite the security, the gangsters were able to enter the airport with weapons and commit the crime.

British Columbia has been known to be a home of Gang-wars for a long time. The gangster groups comprise of Punjabis in heavy numbers and throughout the course of various wars, thousands of Punjabis have lost their lives. 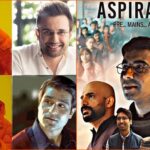 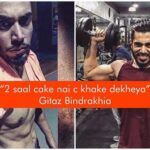