Directed by Karan Malhotra and produced by Aditya Chopra under Yash Raj Films, Shamshera was one of the highly anticipated Bollywood films of recent times. But, it unfortunately went to a disaster at the Box Office and the fans were left disappointed.

Shamshera featured Ranbir Kapoor, Vaani Kapoor and Sanjay Dutt in the lead roles, the film was released on 22 July 2022 and did not live up to the expectations of the audience. The film had a lifetime collection of Rs 42-cr. And now Shamshera has been released on OTT platform for the audience.

Well, the question now is on which OTT platform you can watch this Ranbir Kapoor-led movie. Shamshera is now live on Amazon Prime Video which came out to be a ‘Janmashtami’ gift for the fans. Amazon Prime announced that the movie is now on the platform to watch for free and the fans couldn’t keep calm.

However, the film was a flop at the box office the time it got released, it is now up to the OTT audience how well would they welcome it on OTT. The film was released after facing a tough time as it faced the ‘Boycott’ trend. The music of Shamshera was the plus point as it was loved by many and is still trending on social media.

Shamshera is an action period drama which has Ranbir Kapoor in a double role and was well appreciated by the audience. Sanjay Dutt was also a pivotal character in the film who performed the role of Daroga Shudh Singh.

This has been released on Amazon Prime Video in three languages. Hindi, Tamil and Telugu are the 3 languages in which the Ranbir Kapoor and Vaani Kapoor starrer film is presented on OTT. If you are a subscriber of the OTT platform, then you can freely watch Shamshera on any device. Watch it on Amazon Prime Video now. 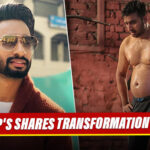 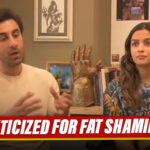