Way Ahead features American rapper YG and Indian hip-hop artist, Ikka. The music of the EP has been done by Yeah Proof and we all know what an explosive duo Karan Aujla and Yeah Proof is.

Way Ahead was announced on 18 January, 2022. Karan Aujla released his track YKWIM with Kr$na and surprise announced Way Ahead at the end of the music video. The fans had since been waiting for it to release and today, we’re finally here!

You can listen to the whole Way Ahead EP by Karan Aujla here: 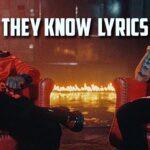