Sikhism is one of the largest religions in the world despite being the youngest it has millions of followers all over around. The religion has its emblem – Khanda is a religious symbol of Sikhism, though it has not been mentioned or written anywhere in Guru Granth Sahib, the holy book and Eleventh guru of Sikh. The main symbol that has been used for centuries is ‘Ek Onkar’ Which originated by the first guru of Sikh ‘Guru Nanak ‘. In the 1930s, during the Ghadar Movement khanda came into existence and attained its exciting design.

Khanda is not just an entity, it comprises three words: Khanda –  it is a double-edged sword in the centre of the symbol. It depicts divine knowledge – cleaving truth from falsehood. Chakar – the unending circle, it means protection of god. Kirpans – the symbol has two curved swords Meeri & Peeri -temporal and spiritual authority. It is crossed at the bottom which sits on either side of the Khanda and chakkar.

The symbol also represents the principle of Sikhism ‘Deg Tegh Fateh’.It is also an emblem of the Sikhs regiment that used to unite and provide strength to the military. Khanda is Included in the Nishan Sahib Flag as a finial. 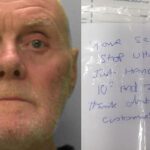 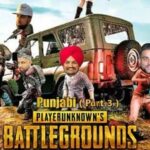