The superhit track ‘Nikle Current’ marked the collaboration of Neha Kakkar and Jassie Gill. The song attracted millions of views on YouTube and won many hearts too. But do you know this song was supposed to release a year before it actually released. The song was recorded and when the team planned to shoot it in Thailand, their plans were ruined by sudden rain. The crew had to come back and it made the team bear a lot of loss as well.

After this, whenever they planned to shoot it, either Neha didn’t have the dates or Jassie Gill stayed busy. The series of unfortunate events to delay the plan kept increasing and slowly it turned out a complete year.

Then finally they planned and decided to get the shooting done, the team went to Thailand once again, and the shoot was completed in just one day.

By the way, one can really not expect that a sudden unexpected rain can cause such a big loss and long delay. Also, the incident has made us realize our one of the favorite nursery rhymes, ‘Rain Rain Go Away’ really suits the situation here.

Read Also: When Himanshi Khurana Bought A BMW To Fulfill Her Dream 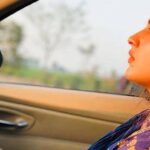 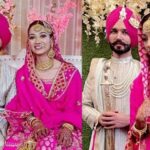