They recently launched movies and TV series like Monica O My Darling, Qala, and Khakee: The Bihar Chapter, which became tremendously popular. Notably, the OTT platform has been coming up with a lot of content for its Indian subscribers! Moreover, another new series named “Trial By Fire”, is all set to be released.

As per the info, the 1997 Uphaar Cinema, which recorded 59 deaths, served as the inspiration for the series. Reportedly, during that incident, about 100 persons suffered injuries. Notably, the fire tragedy took place in a theatre in Delhi, from which the series is inspired. Produced by Prashanth Nair and Kevinluperchio, this is something new and most awaited!

Also read: Who Was The Internet Sensation Of Year 2022 (Female), Vote For Your Favorite

Trial by Fire: The Tragic Tale of the Uphaar Fire Tragedy, written by Neelam and Shekhar Krishnamoorthy, is the source of inspiration for this TV series, where key roles are played by eminent actors like Rajshri Deshpande, Abhay Deol, Rajesh Tailing, Ashish Vidyarthi, and Anupam Kher. Directed by Prashanth Nair and Randeep Jha, the series will start streaming on January 13, 2023.

What Happened To Uphaar Cinema?

The Uphaar Cinema fire tragedy was one of the worst fire tragedies in the history of Indian Film Industry. This happened in 1997, during the shooting of blockbuster movie – Border, based on the 1971 Indo-Pak war. The film Border was being screened at three o’clock on Friday, June 13, 1997, at the Uphaar Cinema in Green Park, Delhi, when the fire broke out.

As per the info, the two transformers built and maintained by DVB on the ground floor of the Uphaar Cinema building caught fire on June 13, 1997, at around 6.55 a.m. Sudhir Kumar, a security guard, heard an explosion at around 7 a.m., and he later saw smoke in the transformer room. Moreover, the fire was controlled by 7.25 a.m. after being reported to the fire department and the Delhi Vidyut Board (DVB).

Also read: Who Is Gangster Vikas Lagarpuria? All You Need To Know!

However, 103 individuals sustained serious injuries while 59 people died of asphyxiation due to suffocation as they were trapped inside. It is remembered as one of the most harsh and worst tragedies in the history of Indian Film Industry. Though now, after years, a separate series is set to be released on Netflix, covering the entire incident.

Moreover, it’s exciting news for those who have read the book or know about the tragedy, and even for the fans of Abhay Deol as they’ve been waiting to see Abhay on screen with something like this! Earlier, he was seen in web shows like – ‘1962 : The War In The Hill’, and JL50. Abhay is known for his unique and natural acting skills, his fans have always loved for his simplicity, and he often loves to play challenging roles. 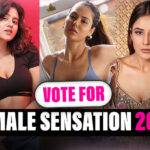 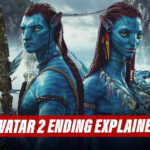